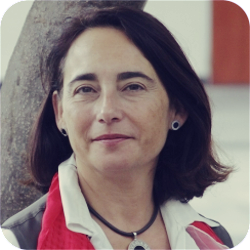 The symposium will deal with different aspects related to high capacities in childhood in Spain. In the 1970s, the first official definition of giftedness appeared. From then on, new models or theoretical developments arose that shaped a paradigm shift according to which giftedness began to be seen as a multidimensional construct in which both intellectual and non-intellectual factors are present. It is therefore important to achieve the development of personal equilibrium and the socialization of the highly capable child for whom educational flexibility measures are intended, as giftedness is currently considered a trainable reality, in which the environment plays a defining role. The importance of detecting and diagnosing cases of high capacity lies in the adoption of specific measures and strategies that adjust to the needs of these students. In Spain, state law does not contemplate a unified protocol on the definition of high capacities or their evaluation, so it is up to each Autonomous Community to establish procedures and measures to detect and evaluate cases of high capacities. The term high capacities is increasingly present in society, and specialized resources have increased, but there is no agreement among professionals on the evaluation criteria or the measures to be adopted. A reflection of this are the differences in criteria and prevalence found in the different Autonomous Communities. On another hand, in recent years, the demand for evaluation of high capacities has grown in psychology clinics. Despite the fact that different studies indicate that the number of children diagnosed is lower than expected, the percentage of evaluations carried out without obtaining a positive result is high. The symposium analyses the reasons why parents decide to make this demand and what the psychologist should consider when orienting them.

Cristina Larroy holds a PhD in Psychology from the Complutense University of Madrid (UCM), is a professor in the Department of Clinical Psychology at the UCM, director of the University Psychology Clinic and director of the PsiCall telematic psychological care service at the UCM. Her contributions to the study and dissemination of children’s behaviour problems can be found in several books (some of them, such as “El niño disobediente” with more than ten reissues and translated into other languages), book chapters, conferences, contributions to congresses, etc. She has also worked with problems in adolescence, specifically with patients with eating disorders and adolescents with menstrual cycle problems.