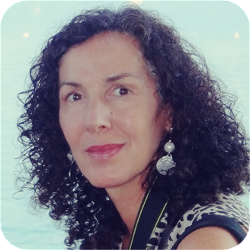 The benefits of the mindfulness trait in adolescence

The term Mindfulness not only refers to a form of psychological intervention but also describes a disposition of people. In recent years, there has been an exponential growth in studies interested in the beneficial effects of this disposition or trait, which is already present in childhood and adolescence. In addition, there is some consensus that this is not a unitary trait but one that includes many facets. This symposium presents several works on the mindfulness trait in adolescence, an evolutionary stage in which numerous psychological problems emerge. The first work shows how the facets of mindfulness moderate the impact of peer victimization on the development of dysfunctional schemas and depression. In the second paper, a study is presented on how the facets of mindfulness can determine the roles that adolescents play when they witness cyberbullying against peers. In the third paper, a typology of adolescents according to their mindfulness facets and the important repercussions of these facets on the understanding of psychological and biological reactivity to stress is presented. Finally, in the last paper, a measure is presented to evaluate the style of upbringing based on full consciousness and its relationship with numerous indicators of psychological adjustment in children, including their mindfulness traits.

Esther Calvete Zumalde is professor at the University of Deusto. She directs Deusto Stress Research, a research unit focused on factors of vulnerability and resilience to stress. Among the problems addressed are depression and aggressive behaviour in childhood and adolescence and associated risk factors such as exposure to violence and family abuse. She is the author of numerous publications on these issues and the beneficial role of mindfulness and other interventions.