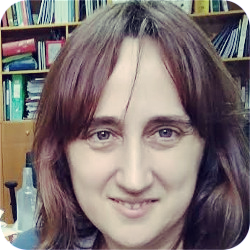 Disruptive Behaviour Problems: Advances in the Study of Heterogeneity and Implications for the Improvement of Psychological Interventions

The problems of disruptive behaviour are shown as a heterogeneous phenomenon, where it is possible to distinguish multiple manifestations, etiologies and evolutionary trajectories. In recent years, different attempts have been made to classify behavioural problems in a viable and useful way in terms of intervention. In this symposium, the heterogeneity of behavioural problems in childhood is empirically addressed, starting from the data collected in the first phases of the ELISA study (Longitudinal Study for a Healthy Childhood), which evaluated more than 2,000 children in early childhood education through reports from families and teachers. First, an integrating view of heterogeneity in behavioural problems will be offered, testing the difference between the hottest pathways (impulsive, emotional) and the coldest pathways (emotional harshness) within the variants of disruptive behaviour. Secondly, the role of emotional hardness, which has taken on special prominence in recent research, will be examined in particular; the symposium will address, especially, the possibility of identifying even more specific subgroups within children with emotional hardness (primary and secondary), with differentiated characteristics, correlates and treatment needs. Third, the variety of patterns that can be described within aggressive behaviour in early childhood will be examined, paying attention to gender differences. Finally, the differential effectiveness of the EmPeCemos programme, concerning its components aimed at families and children, on different manifestations of behavioural problems in childhood will be examined. The symposium will highlight that disruptive behaviour problems, beyond traditional diagnostic classifications, are far from configuring a uniform phenomenon, and this has substantial implications for the design of effective intervention pathways.

Estrella Romero is Professor of Personality, Evaluation and Psychological Treatments at the University of Santiago de Compostela. Her research trajectory has focused on the study of risk/protection factors and mechanisms of externalizing behaviour problems, both in adolescence and childhood, with special attention to temperament/personality factors and family interactions. To this end, longitudinal research and the development of intervention programmes are two constants in her work.  She was the principal investigator of the UDIPRE study (Unidad de Investigación en Prevención y Tratamiento de Problemas de Conducta), which was carried out for twelve years, to examine the evolution of behaviour problems from childhood to early adulthood. She also directed the EmPeCemos study, in which a multicomponent intervention program was designed and evaluated, aimed at families, teachers and children with disruptive behaviour problems. She is currently one of the principal investigators of the ELISA study (Longitudinal Study for a Healthy Childhood), which examines the developmental trajectories of emotional and behavioural problems from early childhood, in order to identify risk profiles and propose intervention strategies tailored to them. Within the framework of these lines of work, she has been a thesis director and author of numerous international publications on antisocial behaviour, drug consumption and the problematic use of new technologies, impulsivity and uninhibited personality, child and youth psychopathy and intervention in children and adolescents at risk. Her teaching activity also focuses on individual differences and psychological intervention in early-onset behavioural problems.