University of the Basque Country, Spain 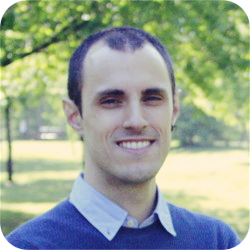 This work aims to highlight and enhance the importance of measuring relatively atypical variables such as attachment, but which is fundamental not only for intervention, but also for the early detection of psychopathological disorders. Thus, as can be observed, attachment is one of the earliest altered aspects of neurodevelopmental disorders, although we often do not know for sure whether it is altered as a result of the disorder or viceversa, which will also be analyzed. Be that as it may, attachment is a fundamental and primary element in our cognitive configuration, and so much so that it unquestionably determines how development is going to take place at this level, conditioning in turn its manifestations. Thus, as we can observe, its influence on the configuration and subsequent performance of up to executive functions has been confirmed, realizing the great importance of this in our cognition. In this way, initially an introduction will be carried out showing the advances in attachment and the necessary contents for its comprehension, going on to describe how it influences in such a way in the subsequent neurodevelopmental disorders. Finally, we will analyse how attachment affects the most prevalent and prototypical neurodevelopmental disorders, such as Attention Deficit Hyperactivity Disorder (ADHD) and Autism Spectrum Disorder (ASD), giving an account of what type of dysfunctions it can generate in these disorders and how to detect them.

Iban Onandia holds a PhD in Clinical Psychology and a Masters in Mental Health from the University of Deusto. He is a clinical psychologist and neuropsychologist and has developed his research and clinical career in the neurology services of the hospitals of Basurto and the Polyclinic of Gipuzkoa, in addition to the clinic he directs (Psicología Amorebieta) since 2009 where he has attended around 1000 patients and is made up of a multidisciplinary team of 6 professionals. He has been for 11 years technical advisor and psychologist of the ADHD association of Bizkaia, where in addition to serving families has conducted workshops and self-help groups. He combines clinical work with academic work, being a professor since 2015 at the UPV/EHU and the UOC. He is also the author of articles on various subjects and the recent book “Neuropsychological Evaluation of Attention Processes”, a speaker at prestigious national and international congresses and a researcher in the Neurochemistry and Neurodegeneration group of the Faculty of Medicine of the UPV/EHU (qualified as GROUP A, the highest rating, by the Basque Government). He has been director of multiple courses, member of the board of directors of the CNC and has collaborated in the validation of multiple evaluation and intervention instruments such as the WPSSI-IV, NEPSY-II, ECM, BASC-3, and BYI-III, among others.