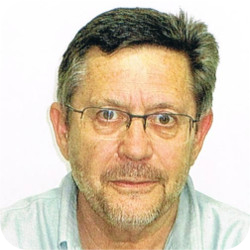 Perfectionism is a multidimensional and complex personality trait characterized by the pursuit of perfection and the establishment of extremely high standards of performance, accompanied by overly critical evaluations of one’s own behavior and that of others, as well as beliefs about the perfectionist demands and criticisms of the people around us. Perfectionism has proven to be a factor of psychological vulnerability that predisposes to the development of multiple psychopathologies such as anxiety, depression, eating disorders and obsessive-compulsive disorder, among others. Unfortunately, it is not an exclusive feature of the adult world but is also present at early ages. In fact, recent research in children’s populations has found that approximately 3 out of 10 children present unadaptive forms of perfectionism. There has recently been a proliferation of interest in investigating this personality trait during childhood in an attempt to understand the factors that influence its development and course into adulthood. Likewise, there are several validated scales in children’s population that allow to evaluate perfectionism in children from 8 years of age in a reliable way, among which the Child and Adolescent Perfectionism Scale or the Perfectionism Self-Presentation Junior Form stand out, among others. The objective of this symposium is to show some of the results that our research group has obtained in the study of child perfectionism, providing data on the relationship between perfectionist dimensions and various psychological variables related to child well-being.

José Manuel García Fernández holds a PhD in Psychology and is a full professor at the University with five five-year terms. His scientific production consists of more than 150 articles, 80 of them including the Journal Citation Reports (JCR). He is co-author of 9 books and numerous book chapters, many of them in national publishing houses (Editorial Pirámide, Grupo Anaya, CEPE, Grupo Editorial Universitario, Aljibe). His authorship and co-authorship in more than 200 works presented in national and international congresses of Psychology should be highlighted. He has also given 38 conferences and seminars. He is the Principal Investigator of the projects EDU2012-35124 and RTI2018-098197-B-I00. He has directed 27 doctoral theses, 5 of them with a European mention and 3 with an extraordinary prize.  He has taught both in public education (infant, primary and special education), as well as in concerted education (primary). He has worked as a psychopedagogue both in Primary Education (being director of a School Psychopedagogical Service) and in Secondary Education (Psychopedagogical Service of I.E.S.) and has passed the competitive examinations to the body of Teachers and to that of Secondary Education Teacher specialising in Psychology and Pedagogy. He has been vice-dean of the Grade of Primary Education Teacher. His lines of research focus on school anxiety, school rejection, perfectionism, disabilities, and psychoeducational variables.