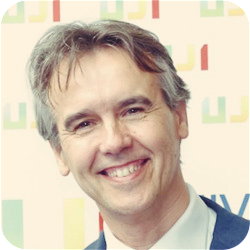 Sex education of young people with intellectual functional diversity: adjusting to their needs

The sexuality of people with intellectual functional diversity (IFD) is surrounded by myths and prejudices that hinder their optimal psychosexual development. Young people with IFD present sexual needs and curiosities according to their age, but these are not always perceived in the same way by the adults around them. In addition, one of the main reasons why people with IFD are deprived of the affective-sexual education they need is the reticence of their parents or guardians regarding their ability to self-regulate. Understanding the limits of intimacy and developing the capacity for self-regulation are key elements both for self-protection and the enjoyment of healthy sexuality. However, little effort has been devoted to improving these capacities. The same is true for the ability to protect oneself from attempts of sexual abuse, which increase due to these individuals’ limited ability to refuse when unwanted requests are made. In this symposium, we analyze, starting from a comparative study between the perception that parents, teachers and the users themselves have of the degree of privacy they require and the aspects that concern them in relation to sexuality, an experience of affective-sexual education in young people between 16 and 21 years of age with IFD focused on the development of skills for identifying situations of abuse, assertiveness, defence of intimate individual space and self-regulation. The results of two differentiated groups are compared according to the degree of autonomy they possess, and the methodological implications derived from the differential degree of autonomy are analyzed.

Rafael Ballester Arnal, a graduate of the University of Valencia in 1989 and a doctorate in 1992, is a professor at the University Jaume I of Castellón, director of the research group “Psychology of Health: Prevention and Treatment” and of the Research Unit on Sexuality and AIDS (Salusex-Unisexsida) since 1993. His scientific interest has been directed towards Health Psychology, with more than 30 projects, 20 books, 100 articles in journals such as “Aids and Behavior”, “Journal of Health Psychology” or “Journal of Sex and Marital Therapy”, and 250 presentations in national and international congresses (https://salusex.es/). Many of these works focus on topics such as sexual behaviour of children, adolescents and youth, sexual health promotion, sexual prevention of HIV, affective-sexual diversity and addiction to sex and cybersex, among others. He is the author of the first Hispanic platform for the evaluation and treatment of cybersex addiction (https://adiccionalsexo.uji.es). He is also the president of the I International Congress on Sexuality: Expressing Diversity https://salusex.es/congreso2019/. He has also worked in areas such as intervention in people with HIV infection, oncological patients, critical patients and palliative care. He has given courses and lectures in health psychology and carried out intense clinical activity, directing the Salusex service of the Universitat Jaume I and different intervention programmes in hospitals, as well as the creation of the Petjada Association to help people in mourning. He has received numerous awards: for teaching excellence awarded by the Social Council of the Universitat Jaume I; for a career in Health Promotion by the Azahar Association; or for Scientific Dissemination awarded by the Banco de Santander. Since 2012, he has been Dean of the Faculty of Health Sciences at Jaume I University.