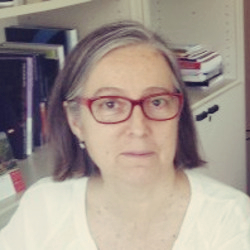 Psychopathology and gender: Differences and characteristics at clinical and epidemiological level

The Symposium will present data on the differences between gender and psychopathological characteristics in women for some disorders such as ASD and ADHD, as well as the effect that the internalizing psychopathology of father and/or mother can exert, specifically, on the child. The data provided by the different speakers come from clinical experience (Asociación Española de Profesionales del Autismo -AETAPI- and Autismo Burgos) and from two research projects carried out at the Universitat Rovira i Virgili -URV- and the Universitat Autònoma de Barcelona -UAB-. Dr. Merino, coordinator of the Working Group on Women with ASD, as part of the European life-cycle learning project on women “Autism in Pink”, will present the reality in the detection and intervention of ASD, and more specific manifestations of the female gender. Dra. Morales (URV), will provide epidemiological and clinical data of school girls detected, evaluated and diagnosed with ASD in the EPINED project carried out throughout the province of Tarragona. Also within the framework of the EPINED project, Dra. Voltas (URV) will present results of the epidemiological, clinical and neuropsychological characteristics of ADHD in girls in two age groups (4-5 years and 10-11 years). Finally, the Unit of Epidemiology and Diagnosis in Developmental Psychopathology (UAB) will show data from its prospective study with 470 families analyzing over four ages the effect of internalizing psychopathology of father and mother on internalizing problems and irritability of children, examining gender differences.

Josefa Canals is a Professor of Child and Adolescent Psychopathology at the Universitat Rovira i Virgili (Tarragona) and coordinator of the multidisciplinary research group Nutrition and Mental Health. Her lines of research are framed within the psychopathology of development and she works in the study of the epidemiology of psychopathological disorders in children and adolescents, and in the follow-up of cohorts where different environmental, psychological and biological factors that affect neurodevelopment and behaviour are evaluated from pregnancy onwards.