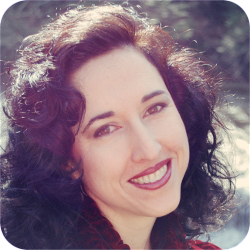 Parent-child interaction therapy (PCIT) is a transdiagnostic, family intervention with over 40 years of empirical support as a treatment to strengthen the parent-child relationship, improve parenting, and reduce children’s disruptive behaviors in families with children 2- to 7-years-old (Niec, 2018). PCIT changes the negative patterns of interaction between parents and young children—including the toxic interactions of abusive parents—and creates new patterns that are healthy, warm, and supportive (Chaffin, et al., 2004). Strengthening the parent–child relationship is associated with lower risk for child maltreatment (Chaffin, et al., 2004), and recently, supportive parenting has been shown to buffer the negative impact of poverty on child brain development (Brody et al., 2017). The foundations of PCIT arise from both attachment and behavioral theories. Attachment theory informs the core rationale for PCIT—that is, PCIT derives from an understanding of the critical influence of the early caregiver-child bond on children’s concurrent and later functioning—while behavioral theory provides the key mechanisms of change. Using an innovative delivery format, therapists provide in vivo feedback (coaching) to parents through an earpiece during parent-child interactions to facilitate skill development. Coaching includes behavioral strategies such as modeling, shaping, and reinforcement that are tailored to meet the needs of each individual family (Shanley & Niec, 2010). PCIT is currently being implemented in over 20 countries in North America, Europe, Australia, and Asia. This lecture will provide an overview of the PCIT model, the empirical support for the intervention, and a discussion of the components that make PCIT transdiagnostic.

Dr. Larissa N. Niec is a Professor of Psychology and the Director of the Center for Children, Families, and Communities at Central Michigan University. She has conducted research and training in parent-child interaction therapy (PCIT) for over 20 years. The overarching goal of her research program is to improve health equity for underserved families by increasing access to effective parent-child interventions. She addresses this goal with three primary branches of federally funded research: (1) development and evaluation of innovations in intervention delivery (e.g., Niec et al., 2016; Niec et al., 2014); (2) identification of barriers to and facilitators of effective therapist training (e.g., Niec et al., 2018); and (3) exploration of key mechanisms of change (e.g., Barnett, Niec, & Acevedo, 2013). Dr. Niec is one of 21 PCIT Master Trainers who have been certified by PCIT International to disseminate the evidence-based intervention globally. She has conducted PCIT trainings throughout the United States, Australia, Canada, and Europe. Her recent book, Handbook of Parent-Child Interaction Therapy: Innovations and Applications for Research and Practice, reviews the state-of-the-science of PCIT and its many adaptations.