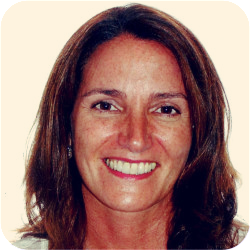 The adolescence of adopted children is often a challenge for families. In addition to the transition that adolescence itself implies, at the biological, cognitive, psychological and social levels, the adopted child will need to put his or her life history in order; to integrate a history of origin full of questions, deficiencies, losses and ruptures, with the history experienced and narrated with his or her adoptive family. During his adolescence, the adopted child will need to weave a coherent and enabling narrative of identity that allows him to project himself into the future and to do so with security. But often, neither the families, nor the children, nor the professionals who take care of them intervene beyond the problem of behaviour, sometimes successfully and others, not so much. Working with adopted adolescents with behavioural problems, cognitive-behavioural techniques and any orientation can maintain their long-term effectiveness if they are framed within the context of an intervention that also considers the coherent narrative re-engineering of the experience undergone. Experience allows for multiple narrative possibilities. This is what facilitates the passage from living under a narrative saturated with problems—-what one is not or should not be—to living through an adaptive narrative in which the main character feels coherent and empowered—what one is or could become. And this is what we will discuss in the applied session. We will see step by step how a reauthorial conversation is carried out and how and when other narrative techniques, such as letter exchange, externalising conversation or re-membering conversation, will be useful for therapeutic intervention with adopted adolescents. We will illustrate with case examples the process of the different modules that we propose for intervention, in the framework of narrative therapy: (1) elicitation of dominant narratives (2) promotion, validation and performance of alternative narratives (3) process of re-membering and reconstruction of family identity (4) documentation and celebration of change.

Meritxell Pacheco Pérez is Professor of Developmental Psychology at the Facultad de Psicologia, Ciències de l’Educació i de l’Esport FPCEE Blanquerna, Universitat Ramon Llull (URL), institution in which she received her PhD in 2006, with extraordinary doctorate award. She has been a co-director of various postgraduate programs on adoption and reception from 2008 until 2018. Since 2019, she coordinates the Title of University Expert in Narrative Therapy (URL). She is a Professor of the Master in General Health Psychology (URL) as well as other postgraduate programs, mainly in the area of ​​childhood, family and constructivist therapies. She is a member of the Research Group Psicologia, Persona i Context (URL), and Director of the Adoption and Family Welcoming Research line. She is a reviewer of various scientific journals. Dr. Pacheco investigates and publishes mainly in the field of the adoptive filiation as well as on the narrative construction of identity and the development of the psychotherapeutic process. She has coordinated and participated in numerous papers and communications, as well as participated in the co-organization of different congresses on psychotherapy and on constructivism, both nationally and internationally. Dr. Pacheco has combined her academic and research activities with clinical practice. She is a psychotherapist accredited by FEAP and as a general health psychologist.