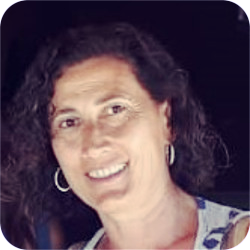 Prevention, detection and evaluation of nutrition and food problems

Today, the role of nutrition in the development, not only of eating disorders, but of mental health in general, is becoming more important. The high prevalence of diet-related problems and their appearance at increasingly younger ages make their prevention, detection and evaluation of great interest. The detection of feeding problems in children requires the availability of instruments whose reliability and validity has been contrasted for both sexes, given the relevant role of this variable in its appearance. The results of the analysis of factor structure and invariance between sexes are presented for the 10-year-old school population of the Cheat, an instrument widely used in the adult and adolescent population. The role that nutrition plays in problems such as the Autistic Disorder Spectrum is discussed. Children with Autism Spectrum Disorders (ASD) frequently show high food selectivity which restricts the consumption of some foods and this can cause nutritional alterations and deficits in their growth. Prevention plays a fundamental role. We present a program, the “Get Involved” campaign, aimed initially at professionals involved in childhood (pediatricians, nurses, education professionals, etc.) with the aim that they are the ones who help spread the materials and messages of the campaign to families, especially families with children from 0 to 12 years.

Nuria de la Osa is professor of Clinical Evaluation in Childhood and Adolescence at the Autonomous University of Barcelona. Researcher of the Unit of Epidemiology and Diagnosis in Developmental Psychopathology, since its inception in 1992. The unit is dedicated to the study of psychopathology from an evolutionary point of view. It has participated in the development of numerous evaluation instruments suitable for epidemiological research focused on the study of risk factors and protection of mental health problems in the infant population. In this line, she has participated in the development, adaptation and validation of structured diagnostic interviews applicable to children, of valid instruments for the study of the psychological consequences in children of living in situations of gender violence and in epidemiological studies of children’s mental health in at-risk populations. Currently her work focuses on the longitudinal study of the factors of psychological vulnerability to psychopathology, specifically of the Negativist Defiant Disorder, from the evaluation from preschool stages to adolescence. She is a member of the European Association of Psychological Assessment and currently Secretary of the Spanish Society for the Advancement of Psychological Assessment.