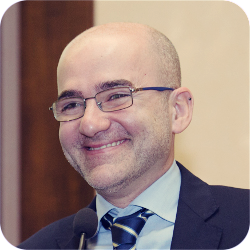 Children spend most of their time at school. Behavioral problems in schools can cause serious harm to the emotional and social well-being of students and limit their ability to achieve their full academic potential. Therefore, school seems to be the preferential place to apply a preventive and/or strengthening interventions. Although prevention interventions have been conceptualized in various ways, they basically try to enhance the Social Emotional Learning (SEL) processes of children. SEL includes the processes through which children acquire skills necessary to manage their emotions, set and achieve positive goals, and maintain positive relationships. Because schools often have limited resources to devote to prevention efforts, prioritizing effective, evidence-based approaches that produce multiple benefits is critical. Unfortunately, surveys indicate that many schools do not use evidence-based prevention programs to address behavioral and emotional children’s difficulties. This occurs for several reasons: school districts may not be aware of effective programs, or schools develop interventions in response to local conditions. Importantly, most of the interventions developed in schools are not based on an empirically derived understanding of children’s difficulties developing. However, school interventions are low cost as they are integrated in educational plans and are applicable to the whole class reducing the rate of referrals of children to health services. The symposium will provide four communications. The first one will be an introduction on good principles for an intervention in school setting. The second one will present a model of intervention aimed to improve Executive Cognitive Function in preschoolers. The third and the fourth speeches will introduce the Coping Power Universal model, its application in primary and nursery schools, and its efficacy data. The Coping Power Universal aims to reduce children’s behavioral difficulties in primary and nursery classes. Several studies showed that Coping Power Universal can reduce behavioral problems in school context, and can produce transfer effects on children’s academic and pre-academic skills.

Pietro Muratori is psychologist and cognitive behavioral psychotherapist. He graduated in Psychology at the University of Florence (Florence, Italy) in 2003 and he specialized in cognitive behavioral therapy at the Bolognese School of Cognitive Psychotherapy (Bologna, Italy) in 2009. He is an official trainer for the Coping Power Program since 2009: he received a specific training at the University of Alabama, Tuscaloosa (United States of America) with Prof. John Lochman. Currently, Dr. Muratori is a clinician and a researcher at the Department of Developmental Neuroscience at IRCCS Stella Maris Foundation (Pisa, Italy), where he dedicates himself to the diagnosis and treatment of children and adolescents with Disruptive Behavior Disorders (DBD) diagnosis. He also leads parent-training interventions specifically addressed for parents of children with DBDs. In his research activities, he mainly focused on the investigation of clinical profiles in children and adolescents with Disruptive Behavior Disorder. His research work also includes the evaluation of the efficacy of treatment and prevention intervention models for externalizing behavioral problems, primary prevention of childhood aggression, and moral developmental in adolescents. He is Adjunct Professor of Clinical at University of Pisa, Italy and he is a lecturer at the Bolognese School of Cognitive Psychotherapy (Bologna, Italy).