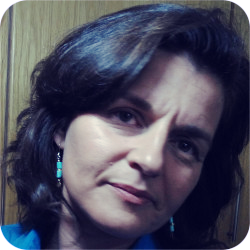 The impact of ADHD in academic and socioemotional adjustment: multimodal interventions

Attention deficit hyperactivity disorder (ADHD) is one of the most prevalent childhood psychiatric disorders, and its diagnosis is growing among children and adolescents. ADHD, characterized by pervasive and age-inappropriate behavioural development, impulsivity, and hyperactivity, is the most common neurobehavioural disorder among children and youths. In school-aged children, ADHD has been linked to parent-child conflicts and poor academic and educational outcomes. ADHD is also associated with increased use of school-based services, increased rates of detention and expulsion. Children with this disorder often have comorbid conditions such as oppositional defiant disorder, Tourette’s Syndrome and learning disabilities, which all adversely impact the family and community. ADHD, one of the most commonly diagnosed psychiatric disorders among school-aged children, continues to create a divide between specialists when it comes to the best course of treatment. The studies using combined therapy are fewer than the ones evaluating the effectiveness of a single type of intervention, but when the results of the existing studies proved positive. Although the results of this research are encouraging, besides being scarce, are usually limited relative to the type of intervention associated to the medication – most frequently behavioural, while other psychotherapy types are less frequently studied. The intervention proposals presented in this symposium through the presentation of three clinical cases and the description of an intensive group intervention, indicate the effectiveness of multimodal interventions. The combination of pharmacologic, behavioural modification, and educational interventions into multimodal approaches, can improve academic and educational outcomes and has proved able to produce superior benefits, as well as a number of complementary effects.

Diana Alves is an assistant professor at the Faculty of Psychology and Education Science of the University of Porto (FPCEUP). She is also a clinical psychologist at the Service of Psychological Intervention for Children and Adolescents at FPCEUP, where she coordinates the Specialized Unit of Learning Difficulties. She has been a consultant in several interventions in educational contexts aiming to promote the socio-emotional competencies of children. She conducts research in the field of developmental psychology, as well as academic, social and emotional competence in children, having published both papers and book chapters. She is a board certified psychologist in Clinical and Educational Psychology by the OPP. I&D PROJECTS: From 2005 to 2013, Alves was a researcher at the Center for Psychology at the University of Porto, having furthered research in the field of predictors of children’s peer acceptance, considering parental (e.g., parental metaemotion, CCNES, Fabes, Eisenberg, & Bernzweig, 1990), emotional (e.g., emotional knowledge, ACES, Schultz, Izard & Bear, 2002), and social variables (e.g. sociometric measures, Coie & Dodge, 1998). In the last two years, she has been involved in a project to evaluate the effectiveness of Zippy’s Friends on preschool children: a universal school-based program to promote mental health, sponsored by ESCUTAR (a non-profit private organization). From 2016, Alves has been a coordinator of the “Crescer do ler” project. The main objectives of the project were promotion of emergent literacy skills among preschool children, fostering success in the reading and writing learning process, early detection of children at risk of experiencing learning difficulties and optimization of pedagogical practices in the context of emergent literacy.