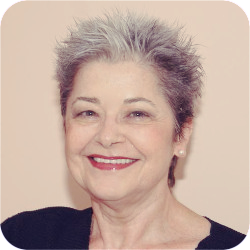 Problems in regulating sadness and dysphoria as a pathway to juvenile-onset depression: a new perspective on the treatment of depressed youngsters

While there has been progress in treating depressed children and adolescents, the outcomes have been less favorable than expected especially for younger ages. These results are likely to reflect that interventions for pediatric depression are “downward” extensions of treatments originally designed for adults: therefore they cannot accommodate important developmental issues, including the importance of parents in children’s functioning and individual differences in affect-related processes. This presentation will highlight a key developmental process, the self-regulation of sadness and dysphoria. There is evidence that the needed regulatory responses emerge gradually, starting in late infancy, that parents are singularly important agents in this process, that a wide variety of responses can serve emotion regulation goals, and that regulatory responses are supported by various skills.  There also is evidence that dysfunctional regulation of sadness and dysphoria characterize children at familial risk for depression and those already depressed, which supports the thesis that problematic or dysfunctional sadness regulation can become a pathway to (and maintain) depression.  The dysfunction reflects the excessive use of regulatory responses that worsen rather than attenuate sadness, problems in using positive affect to counter sadness, and inability to maintain the beneficial effects of successful regulation. A new intervention developed for pediatric depression will then be described, which was inspired by the literature: it focuses on the adaptive regulation of sadness and dysphoria, accommodates developmental issues and the role of parents, and takes into consideration individual differences. The implications of this treatment and its framework for future clinical trials will be briefly addressed.

Maria Kovacs is a Distinguished Professor of Psychiatry at the University of Pittsburgh School of Medicine. She is an internationally recognized expert in childhood onset depression. With Aaron T. Beck and Arlene Weissman, Kovacs co-authored a study establishing a correlation between suicide and hopelessness. Some time later, Prof. Kovacs published the Children’s Depression Inventory (CDI), which was largely based on the Beck Depression Inventory, used worldwide ever since. Her work has laid the foundation for much of the subsequent progress in mood disorders. Furthermore, Kovacs is a fellow of numerous professional organizations, including the Association for Psychological Science, the American Association for the Advancement of Science, and the American Psychological Association. She received the 2013 Paul Hoch Award from the American Psychopathological Association in recognition of her research into psychopathology. Prof. Kovacs has served on the advisory committees for both the third and fourth editions of the Diagnostic and Statistical Manual of Mental Disorders (DSM-III and DSM-IV), which provides the standard criteria for the classification of mental disorders for the American Psychiatric Association.