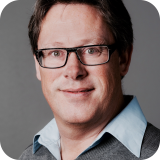 TREATMENT OF OCD WITH COGNITIVE BEHAVIORAL THERAPY AND MEDICATION. EXPERIENCES FROM THE NORDIC LONG-TERM TREATMENT STUDY

OCD (obsessive compulsive disorder) is a debilitating disorder for many children and adolescents. Medication and cognitive behavioral therapy have proven effective in the treatment of OCD. In the so far internationally largest study, the NordLOTS (Nordic Long-term Obsessive-compulsive Treatment Study) included 269 children and adolescents, aged 7-17 years, from Norway, Denmark and Sweden in a randomized controlled trial. All participants received cognitive behavioral therapy for 14 weeks. Non-responders to CBT were randomized to either continued CBT (for 14 weeks) or medication (SSRI). Approximately 74 % improved significantly on CBT, and approximately 50 % recovered.  Quality of life reported by parents and children was significantly improved. Follow-up at one year showed that CBT had durable effects and that children and adolescents who received such treatment can be expected to maintain their treatment gains. This presentation will cover an introduction to the CBT format, a discussion of what works for whom, and what kind of treatment we should offer non-responders to CBT?

Per Hove Thomsen is a specialist and Professor of Child and Adolescent Psychiatry at the Psychiatric Hospital for Children and Adolescents, Aarhus University Hospital. Per Hove Thomsen's primary research areas are OCD in children and adolescents, ADHD, Tourette's syndrome and depression in children. He is Director of the Research Center, Psychiatric Hospital for Children and Adolescents where he conducts and supervises research on OCD, ADHD and anxiety disorders with a basis in clinical practice. Prof. Thomsen received his medical degree in 1987 at Aarhus University where he also became Dr. Med. in 1996. Since 1996, he has been a specialist in child and adolescent psychiatry, and since 1998, he has been a professor at Aarhus University and a Senior Hospital Physician. He has published more than 100 scientific papers on OCD, ADHD and other areas in child and adolescent psychiatry. He is author of a number of textbooks (or chapters in textbooks) on different topics in the field of child and adolescent psychiatry. For the last 10 years, he has been the Chairman for the Counsel for Child and Adolescent Psychiatry in Region Midtjylland, and Member of World Federation of Societies of Biological Psychiatry's Task Force on Child Psychiatry. He is a Member of the European Research Group on Childhood OCD, and the Child and Adolescent Psychiatry Editor for Nordic Journal of Psychiatry.